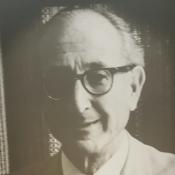 An exemplary model of a global professor, he had published and taught in numerous countries, and had former students everywhere. His research and writing have had a major impact on the profession in several countries. Truly one of a kind, he was an international professor of accounting.

His career can be dichotomized into two stages, one English and the other American. Born on October 11, 1912 to a man who ran a London pub, he was one of four children in a family that never was poor. His father was something of an entrepreneur, later running a bus company and still later a dirt track (for motorcycle races). The son attended a boys' school, Hackney Downs, for eight years, and at age 16, he received advanced placement at the London School of Economics. Taking an optional extra year, he received a University degree, the only one of his family to do so. Following graduation, he was articled to a Dickensian firm (to which his father paid a fee of three hundred guineas) in order to become a Chartered Accountant, a three-year ordeal which he barely survived.

He became a CA (1936) and practiced in a firm until the War started (1939). He immediately enlisted in the Royal Army Service Corps as a private, and was commissioned the following year. He served in the North Africa campaign until, in the fall of Tobruk (in June 1942), he was taken prisoner together with 30,000 other Allied soldiers, and was interned, first in Italy and then in Germany. To relieve the monotony of camp, he began to teach accounting and economics to his fellow prisoners. Finally liberated (1945), he left the Army as a Captain and returned to his London firm, and the following year he became a part-time lecturer at his alma mater, the London School of Economics (where he subsequently earned his doctorate). Thanks to his experience during almost three years as a POW, he had become an academic. At the London School he was assigned to assist the only full-time accounting faculty member, who suddenly took ill and died at the beginning of the fall term, leaving his assistant as the only accounting teacher at the school for the rest of his first year (1946-47). (In 1946, there were no full-time professors in accounting in all of the British Isles). In 1949 he was promoted to reader, two years after W. T. Baxter was appointed professor of accounting at the LSE. In 1955, he left to become the inaugural professor of accounting at the University of Bristol, becoming the third full-time accounting professor in all of Britain.

Love conquered him at the first dance he attended. In six weeks he was engaged, and he was married six weeks later. He and his wife, Miriam, liked to dance. They had a son and daughter and three grandchildren. Fond of Mozart, opera, theater and films, he once rowed for the Thames Rowing Club, but never at Henley. His favorite quotation was from a comedian, Sam Levenson, a one-time high school teacher. "It was on my fifth birthday," Levenson said, "that my father put his hand on my shoulder and said, "Remember, my son, if you ever need a helping hand, you'll find one at the end of your arm."

He was the only professor ever to have headed the two leading academic accounting organizations on both sides of the Atlantic, the one in the U. K. and the one in the U. S. He served as chairman of the Association of University Teachers of Accounting between 1955 and 1958, the forerunner of the British Accounting Association. He crossed the Atlantic in 1959 to accept a professorship at the Wharton School, and he was designated as the Arthur Young Professor in 1974. He became an American citizen in 1976, and the next year he served as president of The American Accounting Association.

A frequent author of professional books and articles, he was widely known for his classic Divisional Performance: Measurement and Control. He also was the principal draftsman of the Wheat Report which proposed the establishment of the Financial Accounting Standards Board, and of the FASB's Concepts Statement No. 2 on the qualitative characteristics of accounting information.

He had been a consultant to the FASB, the SEC, the FTC, the IASC, the CICA, the AICPA, numerous companies and the accountancy bodies in the U. K. His visiting university appointments had been extensive (fourteen in ten countries). He held two honorary doctorates. The AAA chose him as an Outstanding Accounting Educator (1980), and the Institute of Chartered Accountants in England and Wales gave him its International Award (1989).

A world leader of accounting research and education, he was the 52nd Accounting Hall of Fame inductee. David Solomons died on February 12, 1995 at age 82.