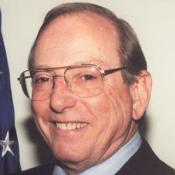 Fair value is the central theme of this respected accounting professional’s advocacy for relevance and integrity in financial reporting. Walter Paul Schuetze was born on August 2, 1932 in south-central Texas, he grew up on a farm during the Great Depression. His father, Herbert Schuetze, operated the farm and also worked as a plumber, electrician, carpenter, bricklayer, and surveyor. His mother, Martha Lorretta Lillard, was a homemaker and also worked as a cartographer. His paternal grandparents immigrated from Germany during the 1890s and lived on the same farm; they spoke no English, so he and his brother learned German before learning English. He remembers that the extended family raised most of its own food and rarely had money for anything but the basics.

His education began in a one-room schoolhouse on the banks of the Guadalupe River. He graduated as class valedictorian from Center Point High School where he benefited from the mentoring of two of his teachers. After graduation from high school in 1949, he began his college education at Stephen F. Austin State College, intent on majoring in English and foreign languages. But in January 1951, the Korean Conflict drew him to enlist in the United States Air Force where he served as a Russian language specialist. Upon returning from the service in 1955, he entered the University of Texas at Austin. His first accounting class there was taught by John Arch White, whose teaching kindled a life-long enthusiasm for accounting. He also recalls the instruction of George Newlove, Glenn Welsch, and Charles Zlatkovitch, who were among his favorite professors. He received his baccalaureate degree with honors from the University of Texas at Austin in 1957.

He began his professional career in 1957, joining the firm of Eaton & Huddle in San Antonio, Texas. In the following year, Eaton & Huddle merged with Peat, Marwick, Mitchell & Co. (now KPMG LLP). Five years later, he moved to New York City with his new firm and became a member of its Department of Professional Practice. In 1965, he was named a partner in PMM&Co. In 1973, he left the firm to become one of the original seven members of the Financial Accounting Standards Board, serving as a member from early 1973 through mid-1976, when he returned to his firm. During the 1980s, his service to the American Institute of CPAs included membership and chairmanship of the Accounting Standards Executive Committee.

In January 1992 he was appointed Chief Accountant to the United States Securities and Exchange Commission, serving through March 1995, when he retired. In November 1997, he was appointed Chief Accountant of the Commission’s Division of Enforcement and served until February 2000. He served as consultant to the Commission’s Division of Enforcement from March 2000 through March 2002 on accounting, auditing and enforcement matters.

He was the author of many articles on financial reporting and auditing issues. Forty-three of his papers and speeches were collected and published in 2004 in a book titled Mark-to-Market Accounting: True North in Financial Reporting, with contributions by Peter W. Wolnizer. His writings emphasized his desire for a much simplified financial reporting rooted in market values and freed from managerial influence. In addition, he was a frequent contributor to the financial press and had lectured at many universities including the University of Texas at Austin, the University of Texas at San Antonio, the University of Southern California, and St. Mary’s University in San Antonio.

Following retirement, he continued to work as a litigation consultant and expert and as a spokesman for his views of financial reporting, auditing, and standard-setting. He had served on various corporate boards of directors and also chaired their audit committees.

He and his wife Jean lived in Boerne, Texas. They had three sons and two grandchildren, and one great grandchild. He was the eighty-third member of the Accounting Hall of Fame.  Walter Paul Schuetze died on October 27, 2017 at age 85.