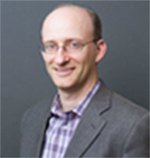 Professor Brian Galle teaches courses on taxation, nonprofit organizations, and behavioral law & economics at the Georgetown University Law Center. During the 2022-2023 academic year he is on leave while serving as a Senior Fellow at the Securities & Exchange Commission, Division of Corporation Finance. He also serves as a research fellow in the IRS Joint Statistical Research Program and the U.C. Irvine/Student Loan Law Initiative. Published three times each in the Yale Law Journal and Stanford Law Review, he is a regular on lists of the “Top Ten Most-Cited Tax Law Scholars,” and has been twice quoted in Pulitzer-winning coverage of the nonprofit sector.

Before Georgetown, he taught at Boston College and Florida State, and visited at George Washington and San Diego law schools. Prior to academia, he was a federal prosecutor in the Criminal Appeals and Tax Enforcement Policy Section in the Tax Division of the U.S. Department of Justice and worked as a law clerk for Judges Robert A. Katzmann (of the U.S. Court of Appeals for the Second Circuit) and Stephen M. Orlofsky (of the District of New Jersey). A graduate of Harvard College, he received a J.D. from Columbia, and an LL.M. in taxation, with distinction, from Georgetown, where he was a Graduate Tax Scholarship Fellow.

In 2012, together with four colleagues, he was signatory to an amicus brief in NFIB v. Sebelius, the case challenging the constitutionality of the Affordable Care Act. The Supreme Court upheld the statute as a proper exercise of Congress’ taxing power, following closely the reasoning argued in the amicus brief. 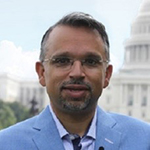 Mr. Kumar is a principal and Co-Leader of PwC’s Washington National Tax Office. In his role, Mr. Kumar advises clients on all aspects of domestic policy including tax policy. His insights and knowledge enable companies to assess critical policy issues more effectively and develop legislative strategies to address those issues from both a technical and political perspective.

Prior to joining PwC, Mr. Kumar served as the Domestic Policy Director and Deputy Chief of Staff in the Office of Senate Republican Leader Mitch McConnell.

He served 11 consecutive years in the Office of the Republican Leader for three different senators, having previously been Director of Policy and Senior Counsel to Senate Majority Leader, Bill Frist and Senior Policy Advisor and General Counsel for Senate GOP Leader, Trent Lott. In all of these roles, Mr. Kumar worked in close collaboration with Senate leaders in developing and implementing all aspects of domestic policy including tax, trade, budget, and health care. Mr. Kumar also held positions in the Office of Senator Phil Gramm as Legislative Director and Chief Counsel, the Senate Committee on Banking, Housing and Urban Affairs as Deputy Chief Republican Counsel and clerked for Judge J. Harvie Wilkinson III on the United States Court of Appeals for the Fourth Circuit.

Mr. Kumar has been named in Roll Call as one of the fifty most influential staffers for mastery of policy and procedure and access to decision makers at key times. He was described in the Washington Post publication Who Runs Gov as, “an expert in both politics and policy” and also listed in the Almanac of the Unelected as an expert in tax, trade, banking/financial services and immigration. 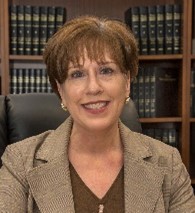 Nancy joined the Multistate Tax Commission on June 1, 2020 as General Counsel, where she works as one of eight attorneys who provide legal support to the operations, staff, and programs of the Commission and the states who participate in the work of the Commission.

Nancy previously served as General Counsel at the Texas Comptroller of Public Accounts, where she provided legal advice and counsel to the Comptroller, Deputy Comptroller, and other members of Executive Administration, and participated in a variety of program activities that supported the agency’s key missions. She also served as the official alternate for the Texas Comptroller of Public Accounts on the Multistate Tax Commission Executive Committee from 2006 until March 2020.

Nancy joined the Comptroller’s Tax Policy Division in July 2004 and initially served as a Research Analyst and then Supervisor of the Sales Tax Section of the Tax Policy Area. Between July 2006 and June 2008, Nancy was the Tax Policy Area Manager, responsible for the day-to-day management of over 40 tax policy analysts covering more than 30 different taxes and fees, including franchise, sales and use, insurance, and oil and gas. Between August 2008 and August 2013, Nancy served as Special Assistant for Tax Policy. She was based in Washington, DC where she handled a variety of tax policy matters, primarily related to sales and use taxes, including drafting agency rules, responding to letter ruling requests, assisting with court cases, and monitoring federal legislation. Nancy returned to Austin in September 2013 to serve as the Assistant Director of Tax Administration, where she helped manage the Audit, Enforcement, Taxpayer Services, and Tax Policy Divisions, and also supervised the Independent Audit Reviewer program. When Comptroller Glenn Hegar assumed office in 2015, Nancy was appointed Special Counsel to the Deputy Comptroller. In February 2018, she was promoted to General Counsel.

Prior to joining the Comptroller’s office, Nancy was an Assistant Attorney General in the Taxation Division of the Texas Attorney General’s Office where she defended tax statutes and Comptroller rules before state district and appellate courts. Nancy also spent over four years in the Austin law office of Vinson & Elkins L.L.P. representing primarily corporate clients in all facets of state and local tax matters.

We would like to thank our sponsors for their generous support of the midyear meeting: 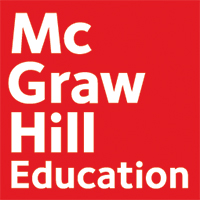