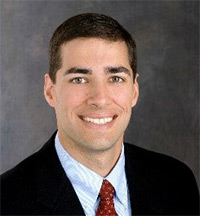 Chris is a tax managing director in Deloitte Tax LLP and a member of Deloitte’s Washington National Tax group specializing in accounting for income taxes under US GAAP and IFRS.

Chris has significant experience advising clients in accounting for business combinations, dispositions, and joint ventures. He also provides training and other assistance to attest and non-attest clients.

Ken joined Ernst & Young’s National Tax Office in 2017 and specializes in tax accounting methods and periods, with an emphasis on income and deductions, long-term contracts, leasing, and accounting methods for controlled foreign corporations.  Prior to joining Ernst & Young, Ken served as Tax Policy Advisor at the U.S. Department of the Treasury, Office of Tax Policy, where he was responsible for developing and reviewing income tax policies, regulations, revenue rulings, revenue procedures and other published guidance.

Ken received his B.S. in Accounting from California State University-Sacramento.  He is a CPA, licensed in California & Washington DC. 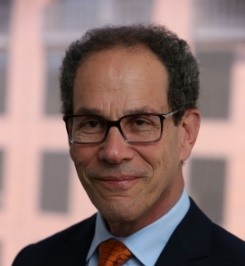 Len Burman is Institute Fellow at the Urban Institute, the Paul Volcker Professor and a Professor of Public Administration and International Affairs at the Maxwell School of Syracuse University, and senior research associate at Syracuse University’s Center for Policy Research. He co-founded the Tax Policy Center, a joint project of the Urban Institute and the Brookings Institution, in 2002. He was Deputy Assistant Secretary for Tax Analysis at the Treasury from 1998 to 2000 and Senior Analyst at the Congressional Budget Office from 1988 to 1997. He is past-president of the National Tax Association.  Burman is the coauthor with Joel Slemrod of Taxes in America: What Everyone Needs to Know and author of The Labyrinth of Capital Gains Tax Policy: A Guide for the Perplexed, and co-editor of several books.  He is often invited to testify before Congress and has written for scholarly journals as well as media outlets such as the Washington Post, New York Times, and the Wall Street Journal.  He holds a Ph.D. from the University of Minnesota and a B.A. from Wesleyan University.

William Gale is the Arjay and Frances Miller Chair in Federal Economic Policy and a senior fellow in the Economic Studies Program at the Brookings Institution. His research focuses on tax policy, fiscal policy, pensions and saving behavior. He is co-director of the Tax Policy Center, a joint venture of the Brookings Institution and the Urban Institute. He is also director of the Retirement Security Project.

Gale is the author of Fiscal Therapy: Curing America’s Debt Addiction and Investing in the Future (Oxford University Press, 2019). He is the co-editor of several books, including Automatic: Changing the Way America Saves (Brookings 2009); Aging Gracefully: Ideas to Improve Retirement Security in America (Century Foundation, 2006); The Evolving Pension System: Trends, Effects, and Proposals for Reform (Brookings, 2005); Private Pensions and Public Policy (Brookings, 2004); Rethinking Estate and Gift Taxation (Brookings, 2001), and Economic Effects of Fundamental Tax Reform (Brookings, 1996).
Dr. Gale’s research has been published in several scholarly journals, including the American Economic Review, Journal of Political Economy, and Quarterly Journal of Economics. In 2007, a paper he co-authored was awarded the TIAA-CREF Paul A. Samuelson Award Certificate of Excellence. He has also written extensively in policy-related publications and newspapers, including op-eds in CNN, the Financial Times, Los Angeles Times, New York Times, Wall Street Journal, and Washington Post.

From 2006 to 2009, he served as Vice President of Brookings and Director of the Economic Studies Program. Prior to joining Brookings in 1992, he was an assistant professor in the Department of Economics at the University of California, Los Angeles, and a senior economist for the Council of Economic Advisers under President George H.W. Bush. He is a member of the Macroeconomic Advisers Board of Advisors since 2016. Gale has consulted for the MSL Group and in 2017 was a panelist at the Center for Strategic Development's Kingdom of Saudi Arabia Economic Reforms Workshop.

Gale attended Duke University and the London School of Economics and received his Ph.D. from Stanford University in 1987. He lives in Fairfax, Virginia, is an avid tennis player, and is a person who stutters. He is the father of two grown children. 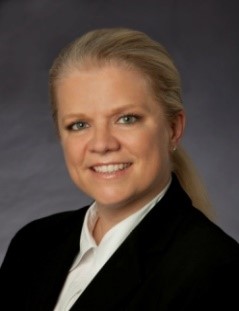 Christine is a partner in KPMG’s Houston Tax practice, National Tax Industry Leader – Chemicals, and the Partner in Charge of the US Tax Business School. She has more than 27 years of experience providing corporate, partnership and personal tax services in the areas of federal, state, and international tax consultation and compliance.

Serving as the lead tax partner for a number of Fortune 500 companies, Christine has gained extensive experience in financial accounting for income taxes, tax function leading practices and SoX 404 controls.

Christine is responsible for a broad range of U. S. multi-national and foreign-owned clients doing business as single entities or in joint ventures, and has experience with a wide range of complex tax matters relating to her clients’ businesses. Christine specializes primarily with chemical and energy related companies, including upstream oil and gas companies, refineries, and petrochemical companies. In providing her services to public and private companies, Christine provides extensive knowledge of financial accounting for income taxes. Christine has advised her clients on many transactions and provided tax consulting and compliance services on numerous federal, state and international tax issues, as well as serving as global lead tax partner assisting global engagement teams on financial audits.
Christine is an Area tax resource for stock based compensation issues with regards to financial accounting for income taxes.

Christine has been a contributor to articles for the American Oil and Gas Reporter and Taxes Magazine. She has taught various national and international firm training programs, as well as participated in external speaking engagements. 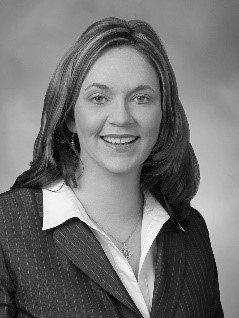 Alison, who joined Ernst & Young’s National Tax office in 2000, specializes in federal tax accounting method matters, including the accrual of income and deductions, capitalization, depreciation issues, and accounting method change requests. She currently serves as EY’s Revenue Recognition Tax Lead and is focused on the tax considerations of the new FASB/IASB Revenue Recognition Standard as well as the Tax Cuts and Jobs Act changes to the tax income recognition rules.

While in National Tax, Alison has worked with a variety of public and private clients in the manufacturing, distribution, retail, financial services, healthcare, oil and gas, utilities, and telecommunications industries. In addition, Alison also has extensive experience representing taxpayers on issues before the IRS National Office as well as working to resolve tax controversy matters and stay abreast of current IRS audit and appeals issues.
Alison received her B.A. in Economics, as well as her J.D. from the University of Texas.  She is an attorney, licensed in the state of Texas and is a member of the American Bar Association Tax Section and a past Vice Chair of the Capital Recovery and Leasing Subcommittee. Alison is a frequent speaker at ABA and TEI events and is also an adjunct professor in the L.L.M. program at Georgetown University. 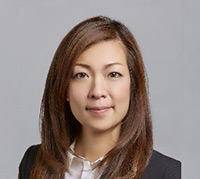 Prae Kriengwatana is a Director with PwC’s Washington National Tax Services (WNTS) practice where she specializes in providing international tax services. She is involved in on-going international tax reform issues and assists U.S. and foreign-based multinational clients with designing and implementing tax efficient structures and financing mechanisms. Prae has worked with clients across various industry sectors, including oilfield services, manufacturing, and private equity.

Prior to her current role at WNTS, Prae was in the International Tax Services group in the PwC Houston Office. Prae earned her B.A. from the University of Waterloo and her J.D. from Osgoode Hall Law School in Toronto, Canada. Prae is a member of the New York State Bar Association. 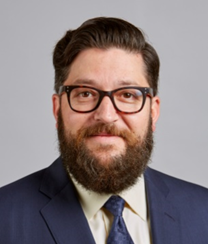 Doug is a Principal in PwC’s International Tax Services (ITS) practice in Chicago and the ITS leader for the Midwest Region. His experience includes foreign mergers and acquisitions, subpart F planning, foreign tax credit planning, local country tax optimization and tax compliance services. 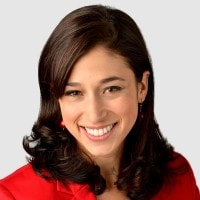 Catherine Rampell writes a twice-weekly, internationally syndicated opinion column for The Washington Post, focused on economics and public policy. She is also an economic and political commentator for CNN, a special correspondent for PBS NewsHour, and a contributor to Marketplace. Catherine previously worked at The New York Times as an economics reporter, founding editor of the award-winning Economix blog, and columnist for the New York Times Magazine’s “It’s the Economy” column. She also wrote theater reviews for The Times. Catherine received the Weidenbaum Center Award for Evidence-Based Journalism and is a three-time Gerald Loeb Award finalist. She graduated Phi Beta Kappa from Princeton.

Martin A. Sullivan, chief economist and contributing editor for Tax Analysts’ daily and weekly publications and blog, is an expert on federal tax reform. Sullivan has written over 1,000 economic analyses for Tax Analysts’ publications. He has testified before Congress on numerous occasions. Previously, Sullivan taught economics at Rutgers University and served as a staff economist at the U.S. Treasury Department and later at the congressional Joint Committee on Taxation. Sullivan graduated magna cum laude from Harvard College and received a PhD in economics from Northwestern University. In October 2013 he was the subject of a 4,500-word feature in The Washington Post by Pulitzer Prize-winning journalist Steven Pearlstein. 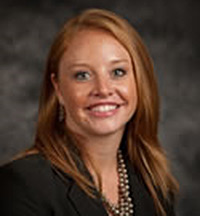 Lauren Wade is a Manager in KPMG’s national tax technology and innovations practice (“Ignition”).  Lauren works with Ignition on the development of technology-enabled strategies and solutions focused on driving operational improvement within the tax function. She works with engagement teams to design and implement leading tax practices related to intelligent automation, data & analytics and process improvement to enhance efficiency, reduce risks and enable better operational alignment. She also a works with KPMG national training teams to integrate data & analytics and technology into internal and external curriculum programs including the KPMG Master of Accounting with Data and Analytics Program.

Prior to 2015, Lauren was a part of KPMG’s Richmond Business Tax Services practice with over four years of experience in tax compliance and tax provision work.

Lauren is a regular instructor for KPMG national technology and tax related training courses. Lauren has also been a guest university lecturer related to tax data & analytics and the application of intelligent automation to tax.