Julie has a Bachelor of Science degree in Business Administration from Drake University and is a graduate of the Wisconsin Graduate School of Banking.  She currently serves on the national board of National Charity League, Inc., the board of Open Door Animal Sanctuary,as a member of the advisory committee for the Washington University Women’s Leadership Certificate Program, and as a member of the St. Louis Forum. 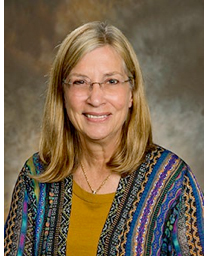 Susan Crosson
Director for the Center of Advancing Accounting in Education

Susan Crosson joined the American Accounting Association in 2015 as its first Director of the Center for Advancing Accounting Education. Prior to coming to the American Accounting Association, Susan served on the faculties of Emory University, Santa Fe College, University of Florida, Washington University in Saint Louis, University of Oklahoma, Johnson County Community College, and Kansas City Kansas Community College and worked in public accounting, banking, and higher education administration. Susan continues to be guided by her mission to create a learning process as individual as each student requires to master the course content and actively apply with confidence what's learned. She is pleased to be able to speak and write on the effective use of technology throughout the accounting curriculum. In addition to her over 300 YouTube videos, she has co-authored several accounting textbooks. Susan earned her Master of Science in Accounting from Texas Tech University and her undergraduate degree in accounting and economics from Southern Methodist University. She is a CPA. 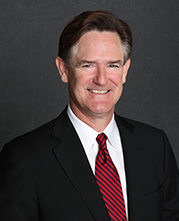 Mr. Stebbins, a graduate of Georgetown University, served as Chairman and Chief Executive Officer of World Fuel Services Corporation (NYSE:INT) from July, 2002 to January 2012 and became Executive Chairman in January of 2012. In May of 2014, he retired as Chairman Emeritus and serves as a member of the board of directors. A life long entrepreneur, he and his partner, Mike Kasbar, founded Trans-Tec Services in New York, in 1985 and sold their company to World Fuel in 1995. Today World Fuel has 107 offices in 36 countries and was ranked 74 on the 2013 Fortune 500.

Mr. Stebbins also serves as a director of Phoenix, Arizona-based, First Solar, Inc. (NASDAQ:FSLR), the world's leading manufacturer of thin film solar panels. He served for many years as a member of the Business Round Table, an influential association of chief executive officers of leading U.S. companies and currently serves on the Leadership Council of the Committee for a Responsible Federal Budget's "Fix the Debt" campaign, the Energy Security Leadership Council of S.A.F.E. (Securing America’s Future Energy) and the Florida Council of 100, a business leadership group focused on public policy to support long term sustainable growth in Florida. He is a member of the board of trustees of Amigos de las Americas, a youth leadership development program headquartered in Houston, Texas and the New World Symphony, a world renowned orchestral academy based in Miami, Florida and founded / directed by Michael Tilson Thomas.

Mr. Stebbins has authored numerous industry articles and lectured frequently around the world on fuel procurement strategy, derivatives, fuel quality, entrepreneurship and general business. More recently he has given numerous talks around the country on the national debt and the challenges of political dysfunction. He was a participant in the Herbert A. Wertheim lecture series at Florida International University’s Graduate School of Business. Audrey Gramling is the Council Chair (2015-16) at the American Accounting Association. In July 2014, she began serving as the Accounting Department Chair and Professor at Colorado State University. Previously, she held the Treece Endowed Chair and was Accounting Department Professor and Chair at Bellarmine University and has been on the accounting faculty at Kennesaw State University, Georgia State University, Wake Forest University, and University of Illinois at Urbana-Champaign. Dr. Gramling’s research investigates both internal and external auditing issues, with a focus on decision behavior of auditors, external auditor independence, internal control reporting, and other factors affecting the market for audit and assurance services. Prior to earning her Ph.D. at the University of Arizona, Dr. Gramling worked as an external auditor at a predecessor firm of Deloitte and as an internal auditor at Georgia Institute of Technology. She has also served a one year appointment as an Academic Accounting Fellow in the Office of the Chief Accountant at the U.S. Securities and Exchange Commission. She is the past-President of the Auditing Section of the American Accounting Association and has served in an advisory role to the Committee of Sponsoring Organizations (COSO).