David has over thirty years experience teaching, has served on over fifty Ph.D. Supervisory Committees, thirty Doctoral Dissertation Reading Committees, and has presented his research at over sixty-five conferences.  He has received numerous awards for teaching excellence and is the recipient of the University of Washington’s Schoeller Senior Fellow (2014-15), AAA’s Notable Contributions to Accounting Literature Award (2002), Beta Alpha Psi Professor of the Year (multiple years) and has been awarded numerous faculty fellowships and research grants.

Mike leads the campus recruiting strategy for the global Ernst & Young organization’s (collectively, EY) Tax service lines in North America, South America and Israel, working closely with EY’s Regions, business units and subservice lines while also addressing the campus hiring needs of EY’s growing Tax service lines’ diversified and focused career paths. Mike assumed his current role in 2014, having joined Ernst & Young LLP in 2007 and serving three years as the Campus Recruiting Leader for the Mid-Atlantic Region and four years as the East Central Region Campus Recruiting Leader. Prior to joining EY, Mike spent 16 years at as an auditor and tax professional at PricewaterhouseCoopers LLP, before holding a progression of human resources management roles. Mike is a frequent internal and external instructor and was named an EY Top Tier Instructor for four consecutive years (2012–15). Since 2012, Mike has been an adjunct instructor at the University of Maryland’s Robert H. Smith School of Business, where he received the 2015 BGMT 367 Instructor All-Star Award. Mike also serves on Penn State’s Smeal College of Business Accounting External Advisory Board, and recently was named the 2016 recipient of the Penn State Smeal Alumni Service Award, which “honors an alumnus/alumna whose exceptional allegiance and involvement with Smeal has brought distinction to the college and the University.” Mike is a member of the American Institute of Certified Public Accountants, the National Association of Colleges and Employers, the American Accounting Association, the American Tax Association and the Society for Human Resources Management. Mike received a BS in Accounting with a minor in the Legal Environment of Business from Penn State. He earned an MBA in Human Resources Management from the University of Pittsburgh’s Joseph M. Katz Graduate School of Business. Mike earned his CPA license in Pennsylvania (inactive) and SHRM-CP certification, after previously earning the PHR certification. Mike currently resides in Ashburn, Virginia with his wife Penny, daughter Hunter, and son Andrew. 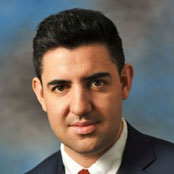 Phillip Ashley Klein, spearheads Deloitte’s Art & Finance Practice in the U.S. The group’s offerings – which span Deloitte’s consulting, tax, audit and advisory businesses – delivers creative solutions to the individuals and institutions at the crossroads of business, finance and the arts.

Most recently, he has helped lead research efforts around “robo-advisor” disruption and art as an asset class, with a concentration in the burgeoning art fund market and growth in art secured lending.

He is an alumnus of Morgan Stanley and Citi, and read Management and Finance at Loughborough University in the United Kingdom. 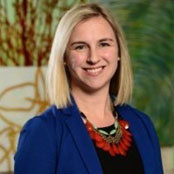 Micaela is a Senior Manager in the Private Wealth Tax practice in Chicago.  Her career in public accounting has been focused on serving ultra-wealthy individuals, family offices, and closely-held businesses on tax and financial matters.  She specializes in structuring family offices, estate planning, fiduciary taxation, post mortem administration and family investment partnerships.  Micaela is a frequent lecturer on tax and estate planning.

Micaela is a Certified Public Accountant licensed in Illinois. She is a member of the American Institute of Certified Public Accountants (AICPA), Illinois CPA Society, and the Chicago Estate Planning Council (CEPC).  Micaela earned a Bachelor of Science in Accounting with high honors and a Masters of Taxation, both from the University of Illinois.  She also received an MBA from the University of Chicago Booth School of Business. 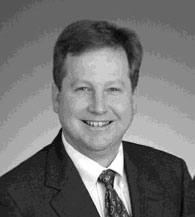 Doug has more than 25 years of professional practice designing and implementing strategies that achieve the personal and charitable objectives of many of the firm’s most wealthy clients. He has extensive experience with high net-worth individuals, executives, and closely held business owners.

Doug’s special areas of expertise include charitable trusts, generation-skipping tax, individual and fiduciary income tax, estate administration and international estate planning. Doug has participated in the design and implementation of high value estate planning ideas for numerous families. He also has assisted many executives and business owners with financial and income tax planning. 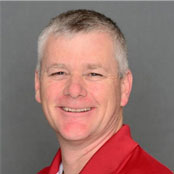 Tom Harris is in his 22nd year with the Arizona Diamondbacks in 2016 and is the organization's Executive Vice President & Chief Financial Officer.

The Winslow, Ariz., native played a key role in the opening of the D-backs' Spring Training home, Salt River Fields at Talking Stick, as well as the 2011 Major League Baseball All-Star Game held at Chase Field. Under Harris' guidance, through equity and debt restructures, the team has eliminated more than $210 million of debt in the last 10 years.

Harris originally joined the D-backs as Vice President, Finance in July 1995 after leaving the Phoenix Suns and America West Arena, where he was the Financial Controller of the arena for 2 years. Prior to entering the sports industry, he was employed by Gene A. Schwarzkopf, CPA, Ltd. for three years. He began his career in 1985 at Arthur Andersen & Co. Harris earned a B.A. in accounting from Arizona State University, where he also earned his master's Degree in Taxation.

In 2013, Harris was named CFO of the Year by Financial Executives International (FEI) Arizona Chapter, presented by AZ Business Magazine, which recognizes professionals for outstanding performance in their roles as corporate financial stewards. He was a finalist for the award twice (2009 & 2010). Harris was also honored as one of the Phoenix Business Journal's Eight Most Outstanding CFOs. 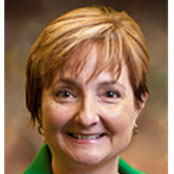 Professor Amy Hillman, dean of the W. P. Carey School of Business, is a world-renowned management expert, popular teacher, and noted researcher. She heads up one of the largest and highest-ranked business schools in the nation. The W. P. Carey School has more than 14,000 students and both undergraduate and graduate programs consistently ranked top 30 by U.S. News & World Report.

Prior to joining academia, Hillman was general manager of a retailing and manufacturing organization in the southwestern United States, and she still places heavy emphasis on entrepreneurship programs at the school. Hillman’s areas of research interest include corporate political strategies, boards of directors, and corporate strategy. She is a former editor of the world’s No. 1 scholarly management journal in terms of citation impact, Academy of Management Review, as well as a former associate editor of Academy of Management Journal. Her research has been published in many leading journals, including Academy of Management Review, Strategic Management Journal, Organization Science, and the Journal of International Business Studies.

She serves on the board of directors of publicly traded CDK Global and on the nonprofit boards of the Association to Advance Collegiate Schools of Business International, the accrediting body for business schools, and ASU’s Research Park. She has a PhD from Texas A&M University in strategic management and business and public policy, an MBA from the University of the Incarnate Word, and a bachelor’s degree from Trinity University. 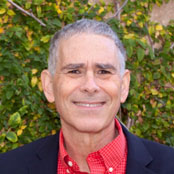 A leading scholar in the field of tax law, Joseph Bankman is the author of two widely used casebooks on the subject. His writings on tax policy cover topics such as progressivity, consumption tax and the role of tax in the structure of Silicon Valley start-ups. He has gained wide attention for his work on how government might control the use of tax shelters and has testified before Congress and other legislative bodies on tax compliance problems posed by the cash economy. He has written and spoken extensively on how we might use technology to simplify filing. He also worked with the State of California to create ReadyReturn—a completed tax return prepared by the state that is available to low-income and middle-income taxpayers.

Professor Bankman is a clinical psychologist as well as a lawyer.  He teaches mental health law and writes on the intersection of law and psychology.  He has developed a course on anxiety psychoeducation that has been taught at Stanford and Yale Law Schools, and written on how insights from social psychology might be used in the effort to reduce tax evasion. 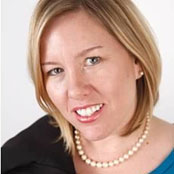 Cari Weston, CPA, CGMA, is Director of Taxation for the American Institute of CPAs (AICPA). Weston leads the AICPA’s Taxation Team in providing the information and resources required by AICPA members who provide tax planning, preparation, examination and representation services to their clients.  The resources include tax practice quality control and management tools, as well as guidance and best practices related to tax ethics and practice standards.

Weston had her own tax practice firm in Austin, Texas before she joined the AICPA in 2013 as senior technical manager of taxation.  She has spent 20 years in public accounting.

She regularly represents the AICPA in webcasts and speaking engagements and as a media spokesperson on both technical and practice management tax topics.  In addition, Weston has contributed articles to several AICPA publications.

Weston served on the AICPA’s Tax Practice Management Committee from 2011 to 2013.  She is also a member of the Texas Society of CPAs, where she held several appointed volunteer posts. 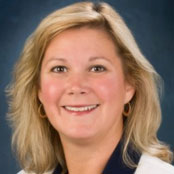 Dr. Hinson provides leadership for AICPA’s initiatives to engage and support university accounting educators, ensuring a strong pipeline of qualified and diverse accounting students continue to enter the CPA profession. She create resources for accounting faculty, provide strategic direction for academic relations, and be a liaison to the academic community.

She has published a number of scholarly articles and given dozens of presentations on accounting and academic topics. 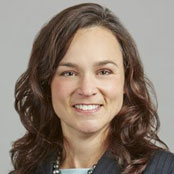 Jennifer Kennedy is a tax partner in the Asset and Wealth Management practice focused primarily on the private equity sector.  In serving her clients, Jennifer brings a wide range of experiences from her 16 years in PwC's Washington National Tax Office, where she had the opportunity to consult with a number of the firm's largest asset management clients in her role as one of the firm's specialists in accounting method issues.  Jennifer consults in the entire range of tax accounting issues, including timing of income recognition and deductions, capitalization issues, treatment of intangibles, leasing, cost recovery, accounting for long term contracts, assumed liabilities, merger and acquisition transaction costs, and procedures for changes in accounting methods.

Prior to joining the Washington office, Ms. Kennedy worked in the legacy Price Waterhouse L.L.P Atlanta office, where she provided tax consulting and compliance services to a broad range of clients.

Ms. Kennedy is a co-author of 572 T.M., Accounting Methods - Adoption and Changes.

Ms. Kennedy earned a B.S. in Accounting from Washington and Lee University in Lexington, VA and a MS in Taxation from American University in Washington, D.C.  She is a CPA licensed in Georgia, Virginia, and Washington, D.C.  Ms. Kennedy is also the Chair of the Accounting Periods and Methods Technical Resource Panel of the AICPA in addition to being a member of the Virginia Society of CPAs. 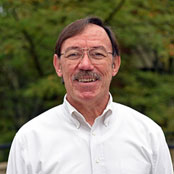